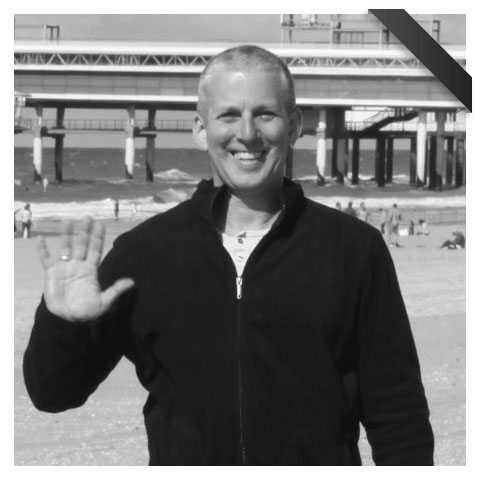 Frank was a founding member of the Gay and Lesbian Volleyball-League and served on the board for many years. We remember his tireless efforts to maintain and support the club. He was also the chairman of the Bonn volleyball club “Bonner Hupfdohlen”, with which he himself actively participated in the league.

Frank is and will remain a role model for all of us to put his work into the service of a good cause on a voluntary basis and with full dedication.

Thank you Frank for the great time we were able to organise, travel, negotiate and also play volleyball with you.

After we followed the development of the corona crisis in recent weeks and days, we have today jointly decided to completely suspend league operations in 2020.

We are thus following the recommendations of official bodies to avoid social contacts and long distance travel in the coming weeks and months. Furthermore, we cannot foresee whether and how travel restrictions within Europe or Germany will change. Schools have been closed in many German federal states and with them their sports halls.

Above all, we want all players in the league to be able to play volleyball without restrictions and without worries, which we cannot fulfil under the current circumstances.

We have considered the possibility of resuming league operations once the corona spread has subsided. However, we do not see any possibility to make up for lost matchdays in a few months. If the situation eases in the course of the year, we suggest using the matchdays as small tournaments.

Your Gay-Lesbian League Board of Directors,
Christian / Marco / Markus / Peter

The new statutes are in force

On 22 January 2020, the new statutes were officially entered in the register of associations by the district court of Cologne. This means that the 2019 statutes, which were drawn up and adopted in 2019, are now in force and valid. Since then, the board and the association have only been working according to the new statutes.

The gay and lesbian volleyball league is a sports club which brings together volleyball teams from Germany and Europe playing in a regular competition. Most of our teams are members of LGBTI sports clubs. Altough our league is open for all people, who links to play volleyball and can identify with are values.

For any questions or we are reachable all the time.