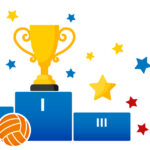 Maybe someone already discovered it, but via the menu item “Tournaments” you can also find dates and dates of currently known queer volleyball tournaments, if the league match days are not enough for you. Or you can click directly on this link: Tournaments.

Do you miss a specific tournament? Or is the information about one of it wrong? Then send an email to Dirk via digital[at]schwuleliga.de, then he can add it to the list or adjust it accordingly.

Check the page from time to time, perhaps there is already a new tournament in the list, it’s worth it! Have fun! 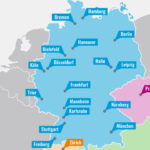 One week after the delegates meeting, the teams and the group division among the levels are now online. Just select the level under the menu item “Teams”  and you will see them. Thanks to Peter, the groups were also shown geographically via maps. Have fun.

The registration for the team players is online now. The people in charge of their teams have already got the link and further information. Please keep the deadline 31.12.2021 in mind. 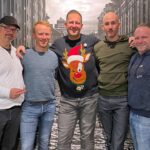 The delegates’ meeting in Hamburg took place on November 27 under strict pandemic regulations as an attendance event. All participants had to be recovered or vaccinated. In addition, a current test was mandatory, which could also be done on site. Thanks to all for their patience during check-in.

40 delegates as well as the board were able to talk about the future of the league and plan the 2022 season in a relaxed atmosphere. The club has handled the Corona situation well so far and is financially sound. And everyone is looking forward and hoping for unrestricted play in the new year.

In the board elections, Christian was overwhelmingly confirmed for membership organisation and Markus for game operations. Peter unfortunately left the board prematurely for personal and professional reasons. But Patrick could be won as a new board member for social media, so that the board will continue to consist of five volleyball enthusiasts.

Thank you to all participants for attending again and being so productive in the meeting. We would also like to thank the team from the Arcotel in Hamburg, who made our stay in their house so enjoyable.

November 14, 2021 is the registration deadline for the 2022 Gay-Lesbian League season.

The meeting of delegates is coming up on November 27th and we need an overview of who will be there in the new year.

So if you still want to be involved in 2022, you should take heart now and register your team. 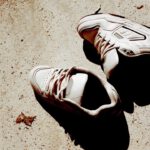 Official league matches were played in 8 groups. You can find the results of the competitions on the page: Tables. In the other groups friendly matches took place to get in contact with the ball at least once after last year.

We congratulate the winners and thank once again the hosting teams, who with a lot of effort ensured a corona-compliant, safe competition.

We as the board hope that the situation of the pandemic next spring will allow us to start an unrestricted tournament operation. 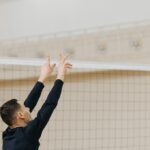 At the annual assembly in Cologne, the regulations of play were changed considerably, so we would like to briefly explain these changes.

The first change concerns the subject of team changes of players. In the new version, the usual transfer of players to another team is no longer possible. Instead, players can help out a team of the same or higher season once and then have to return to the original team.

It is still possible to change teams before the start of the season. The beginning and end of a season are now also defined beyond doubt.

The new rule is defined in the revised paragraph 4.6 of the Regulations of Play. Please familiarize yourself with it so that your games are not considered invalid.

4.6 Changes of teams by players

Point system in the tables

In addition, the sanctions for failing to appear on matchdays have been tightened in paragraph 2.3 of Regulations of Play.

From now on, it will be sufficient to fail to appear on a matchday just once in order to slide to the last place in the final table and be eliminated from the table.